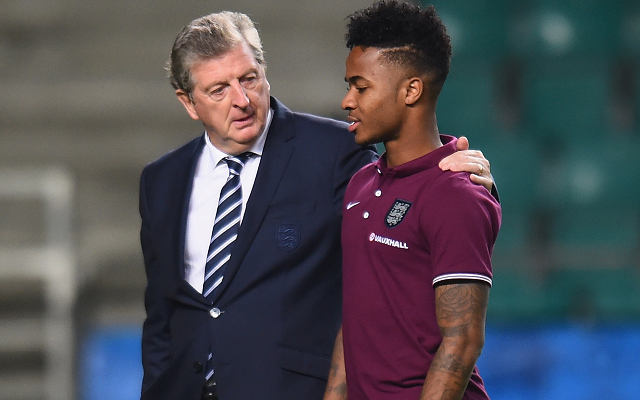 England manager Roy Hodgson is ready and willing to offer Liverpool contract rebel Raheem Sterling advice, but not on his Anfield negotiations, reports the Daily Express.

The 20-year-old has been at the centre of a dispute between his club and his agent Aidy Ward in recent weeks, with the latter recently claiming that no new contract will be signed by his client whatever the offer according to the Daily Express. With two years left on his current deal the youngster is believed to be looking for a pay raise more than anything.

Hodgson angered the Reds back in September when Daniel Sturridge was injured on international duty. The striker has since been on the sidelines for much of the season, harming their hopes of Champions League qualification no end. He also endured a terrible tenure as manager at Anfield in 2010-11, which fans have not let him forget.

However, could he now turn it around and  help them to keep hold of one of their key stars?

The Three Lions boss said: “I am always available for the players, and Raheem has been with us a long time. I would like to think if the players felt there was some need to talk to me or if it could be of some benefit to them, then they would take the opportunity.

“But as far as I am concerned, the situation between a player and his contract negotiations at his club are purely club business. I won’t be poking my nose into that business at all. Being in a situation where I am often in front of a very inquisitive and knowledgeable media, I would very much like things to be done in private.

He continued: “But this is the world we live in and we have an inquisitive press and knowledgeable press, people who research, the stories do leak and get out, so it is a bit naive of people like me to sit here and say this is a terrible thing to happen and should all be done in private.