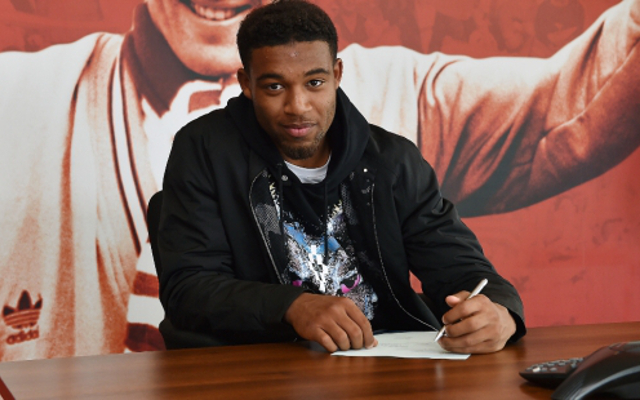 Liverpool have announced that promising youngsters Jordon Ibe and Jon Flanagan have signed extensions to their current contracts with the club.

The Reds have confirmed on their site that Ibe has signed a ‘long-term’ deal to stay at Anfield, but haven’t revealed exactly how ‘long-term’ the contract is. Similarly it is not confirmed how long Flanagan’s extension is in its announcement. Even so this will be good news for the Merseyside club, who are currently in a high profile dispute with fellow star Raheem Sterling over his contract negotiations.

Ibe made his Premier League debut against local rivals Everton earlier this year, and has since impressed in his handful of appearances. The 19-year-old has played 17 times despite injury problems holding him back from becoming a more important part of the first team.

On signing the deal he said: “I’m over the moon. It’s something I’ve been looking forward to. I’ve spoken to the gaffer and I’m happy it’s over and done with. Now I just want to kick on into next season, as well as the last game of this one.

“Liverpool are a great club and I like the philosophy here. I’m enjoying it – I’ve just been brought into the first team and I’ve enjoyed the games I’ve played in. Hopefully I can just keep doing well at the club.

“I have been given the chance to play quite a few games and I’ve enjoyed it. As I said, I just want to take that into pre-season and then next season, continuing with how it’s been since I’ve been back here.”

Manager Brendan Rodgers added: “He has thoroughly deserved it. He is a young kid that has got a lot of potential; he still has a lot of work to do to become that consistent performer at the top level, but there’s no doubting his potential and he has really grown and developed over the course of the last season.

“He came back from Derby and had taken on board all that he was coached there and had done exceptionally well. I could see the change in him then. He was very focused and came in and did exceptionally well. Unfortunately, he got injured in Besiktas and that kept him out for a little bit.

“It has just taken him a bit of time to get back up to speed again. He’s a great talent, a big talent here for the football club and I’m delighted that he has been able to sign and commit to the future of the club.”

Meanwhile Flanagan has had a very different story this season, being unable to make an impact due to a knee injury. The 22-year-old hasn’t played a single game since the last campaign, when he was an important part of the Reds’ late title charge in his 22 appearances.

Despite the fitness problems, Rodgers still seemed happy to have tied down the full-back to a new deal: “It has just been unfortunate for him because he was about to sign a new deal just before the injury. Obviously his representatives and the club have been in talks, his deal was running out in the summer. He’s a very important player for us.

“Medically, we have to look after him now as well because he’s had quite a bad injury there that we’ve had to look at. But all the medics are saying that he’s going to come back stronger and healthier. That’s the most important thing.

“He has got a long road ahead of him over the next four to six months but I’m sure he’ll get his rewards at the end of that. We’re hoping that he can get back fit within the next year; it has been a long journey for him this last 18 months and in particular the last year of injury. Hopefully he can get back fit and get back into the team.”