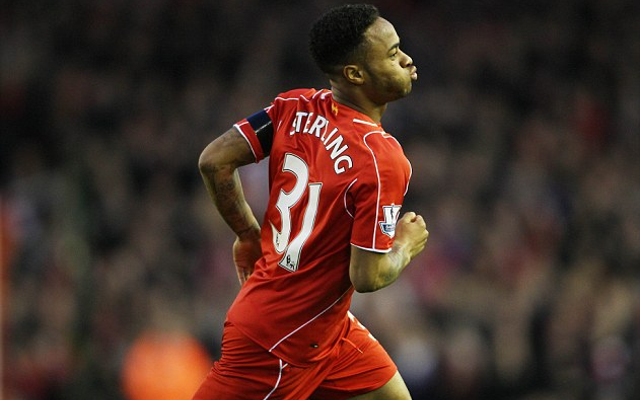 Manchester United have no interest in joining the transfer chase for unsettled Liverpool forward Raheem Sterling, as Louis van Gaal has his eyes on one superstar: Gareth Bale.

Sky sources are of the belief that the England international is not on the Red Devils’ transfer wish-list, and the club are not considering making any offer amid his rumoured desire to leave Anfield.

There had been reports that Louis van Gaal would compete with Arsenal, Chelsea and Manchester City [via the Express] for the 20-year-old’s signature, but according to Sky Sports – that won’t be happening.

It appears that with Manchester United having already made one significant message of intent ahead of the summer transfer window in signing PSV Einhoven star Memphis Depay, the club’s focus is now on determining the availability of Real Madrid superstar Gareth Bale.

Having returned to the top four of the Premier League and next season’s Champions League, Louis van Gaal knows his senior squad, despite the money pumped into the first-team, is some way off returning as one of Europe’s toughest forces, and is likely to spend big in the market.

But not on £50m-rated Sterling…