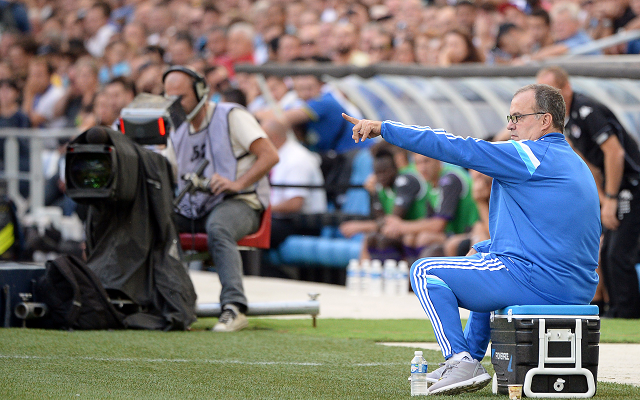 Olympique de Marseille coach Marcelo Bielsa has admitted that he doesn’t know whether he will still be at the club next season.

The legendary Argentine coach started the campaign well, but having endured a mixed end to the season, it remains to be seen whether he will be kept on at the club.

While OM were initially believed to have offered the manager a two-year deal, the coach himself has indicated that his current deal comes to an end this summer.

Speaking to reporters in a press conference before OM’s final Ligue 1 match, against SC Bastia this weekend, Bielsa admitted that he still wasn’t clear about what the future holds.

“I am not waiting for something from OM,” he began, as reported by Le 10 Sport, “I don’t have a meeting planned with the club’s management.

“I would only talk about things publicly if OM make me a proposition, but I am not waiting for it.”

The 59-year-old started the season well, dazzling with his offensive approach and his confidence in the club’s young players.

However, his talented Marseille team weren’t able to continue their fine start to the season, and a disastrous four-game losing streak earlier this season saw them slip out of the title race.

Heading into the final game of the season, Marseille need to win and hope that AS Monaco lose to FC Lorient away If they are to secure a return to the Champions League.

Should Bielsa leave the Stade Velodrome, it is believed that the club are considering a move for Michel according to sources in France. The Spanish coach is also understood to be on Real Madrid’s shortlist to replace Carlo Ancelotti should the Italian leave the club this summer.