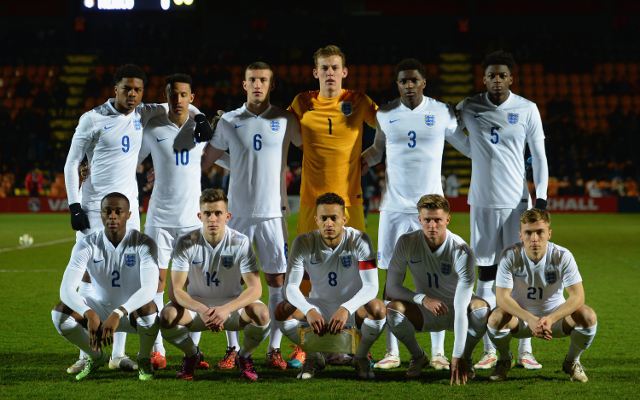 The England U20’s squad for the Toulon Festival was announced on Friday morning and there were places for a number of exciting youngsters from some of the leading sides in the Barclays Premier League.

Highly-rated prospects from Arsenal, Manchester United, Chelsea and Liverpool are all involved as the young Three Lions will look to make a name for themselves in France when the tournament begins at the end of the month.

Gunners duo Isaac Hayden and Chuba Akpom have been called up to the squad joining the likes of Red Devils striker James Wilson as well as Jordon Ibe, who recently signed a new deal with the Merseyside outfit.

Much has been made of the successful youth system at Stamford Bridge and there are inclusions for Lewis Barker and John Swift, who have both spent time out on loan this season with MK Dons and Swindon Town respectively.

Aidy Boothroyd has named his England U20s squad for the Toulon Festival in France: http://t.co/HzCM6dRcTJ pic.twitter.com/WMm4Za1UbH

The young Lions have been placed in Group B of the competition alongside China, Ivory Coast, Mexico and Morocco and will kick-off against the latter on May 28.