With Juventus midfielder Arturo Vidal looking like joining either Arsenal or Liverpool in this summer’s transfer window, here’s a factfile on the Chilean international for fans at the Emirates Stadium or Anfield to sink their teeth into ahead of this exciting signing… 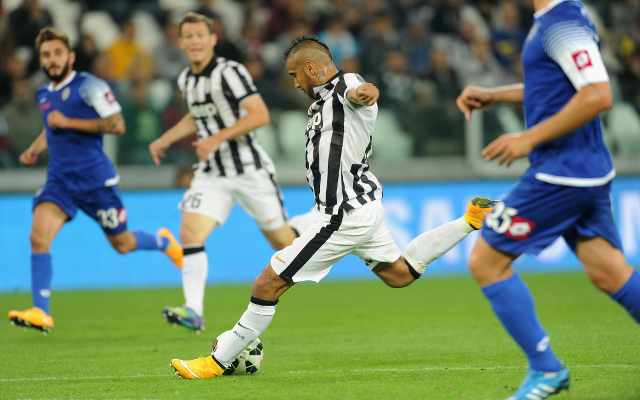 Starting out as a defensive midfielder, Vidal has found more success as a box-to-box player as part of a midfield three at Juventus. With an eye for goals and assists, the 28-year-old has been moved even further forward by new manager Massimiliano Allegri this season, playing behind the strikers and even out wide. A talented and versatile player, it remains to be seen how Vidal would be used by whichever club signs him, but he has all the qualities and energy needed to prove a hit in the Premier League.