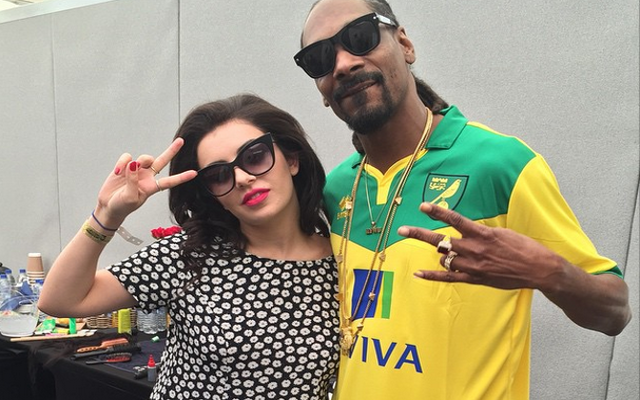 Snoop Dogg likes to take to the stage wearing the football kit of the city he’s playing in, hence his wearing of a Norwich City shirt, so not strictly a Canaries fan.

That said, perhaps his appearance in Norwich City colours will stand the club in good stead ahead of their trip to face Middlesbrough at Wembley in the Championship play-off final?