A look at how Manchester United could line up for next season with some of their highly ambitious summer transfer targets all brought in, with four new faces to be included in Louis van Gaal’s first-team plans…

A £30m target from Tottenham Hotspur if David de Gea joins Real Madrid, Hugo Lloris could be an exciting new face at Old Trafford, starting as the new number one for the Red Devils.

An £18m target from Southampton, Nathaniel Clyne is seemingly United’s ideal choice to play at right-back, providing all the attacking qualities needed to fit in in van Gaal’s plans.

A superb versatile player who may find his best position is left-back next season, Daley Blind is likely to move back from midfield after others impressed more there. 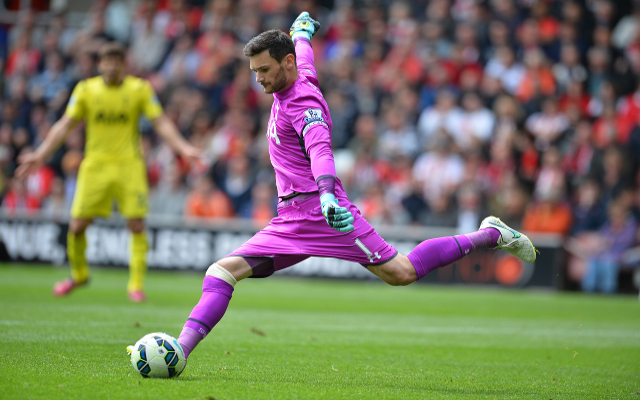