Arsene Wenger insists that Arsenal want Theo Walcott to commit his future to the club following his impressive hat-trick against West Bromwich Albion on the final day of the Premier League season.

The England international’s current Gunners contract expires in summer 2016, which has left his future at the Emirates looking worryingly uncertain as the summer transfer window approaches.

The 26-year-old’s fine performance in front of goal on Sunday afternoon could not have come at a better time with the campaign coming to an end, but Wenger claimed that the three goals make no difference on the club wanting him to stay put.

In his post-match comments, the Frenchman said:

Wenger on @theowalcott: “With or without his hat-trick, we want him to stay at @Arsenal.” #AFCvWBA

Earlier this week respected journalist Barry Glendenning voiced his belief, during The Guardian’s Football Weekly podcast, that he expects wantaway Liverpool winger Raheem Sterling to make the move to North London with Theo Walcott heading the other way.

This rumour has been ever-present on the grapevine since news broke that Sterling had rejected a new contract with the Reds and Walcott’s discussions over an extension had stalled, and with both players’ futures at their present clubs unknown, such a farfetched transfer suggestion cannot be ruled out. 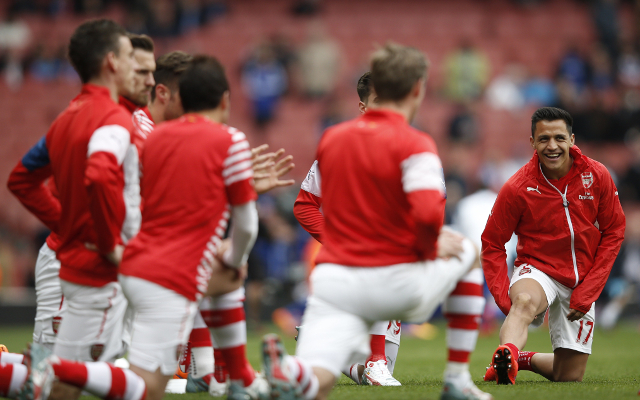 Arsenal predicted lineup vs West Brom, with Wenger to rotate ahead of FA Cup final May 23, 2015 22:00
Arsenal FC