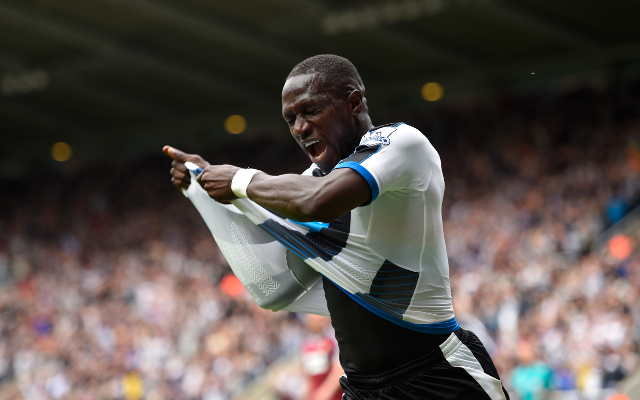 Newcastle United sealed their Barclays Premier League status with a deserved 2-0 win over West Ham United on the final day of the season thanks to second half goals from Moussa Sissoko and Jonas Gutierrez.

The Magpies finished the season in 15th place and four points clear of the relegation zone after securing the victory needed to navigate their way through the drama that always comes with the last day of the season. 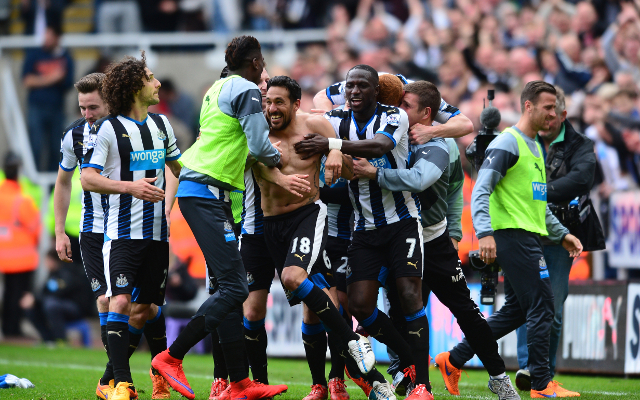 After a disastrous run of eight defeats in their last nine games which left them sweating over their safety, the home side had the first chance of the game with barely a minute on the clock as the ball fell for Emmanuel Riviere inside the area but he failed to hit the target.

Hammers winger Stewart Downing wasted a decent chance to make it nervy for the home side but his effort was saved by Tim Krul.

The opening goal of the game arrived in the 54th minute as Sissoko headed home from close range following a pin-point cross from Gutierrez which sent the home fans crazy as they knew that they controlled their own destiny with Hull City still drawing with Manchester United.

As the game entered the closing stages Vurnon Anita had a great chance to score a second as raced clean through on goal but elected to square the ball to Papiss Cisse and the chance was lost as Adrian cut out the pass.

But moments later Gutierrez made the game safe as his effort from the edge of the box took a deflection and found the net to seal their safety.

At the final whistle Magpies interim manager John Carver celebrated the victory with intense passion as he has guided the Toon Army to safety.