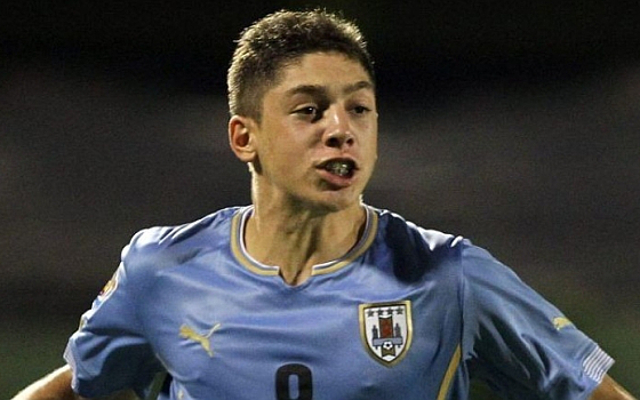 Real Madrid have beaten Arsenal and Chelsea to the signing of €4m Uruguay under-17 international Federico Valverde from Penarol.

Arsene Wenger had been linked with making a swoop for the young midfielder, as the teen had been trails at Arsenal in January. Chelsea were also rumoured to be interested in his signature [via the Mirror].

However, Managing Madrid report that the youngster landed in Madrid earlier this week to complete a medical, and has agreed terms with Real.

He was in attendance for Los Blancos’ Champions League tie with Juventus the previous week.

Valverde has been described as one of the finest young talents emerging from South America; with his performances for Penarol, his home country’s largest club, and at the South American U17 Championships having caught the eye across Europe.

The exciting midfielder has drawn comparisons to last summer’s galactico signing James Rodriguez as, despite lacking in pace, he has a superb range of passing and is an excellent finisher.