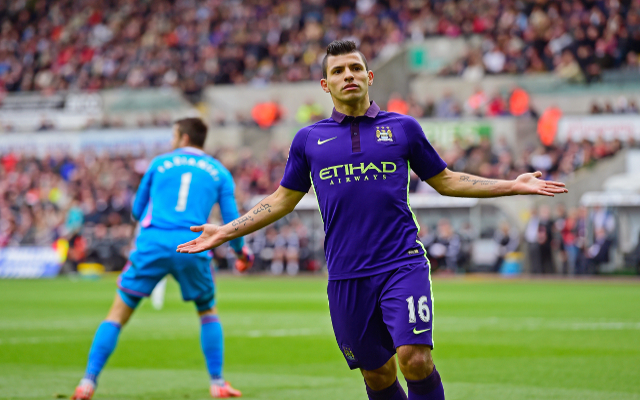 Real Madrid are seemingly keen to freshen up their attack after seeing arch rivals secure the La Liga title.

The 26 year old Argentine has been in superb form this term, his tally of 25 goals in 29 starts making him the Premier League’s top-scorer, and his previous success in La Liga with Atletico Madrid may be a motivating factor for Real.

Aguero has seen his Man City side meekly surrender their Premier League title to Chelsea and may well be tempted by a move back to the Spanish capital but one wonders if the Etihad Stadium side’s owners would entertain the notion of selling the forward, with clearly no financial reason to do so.