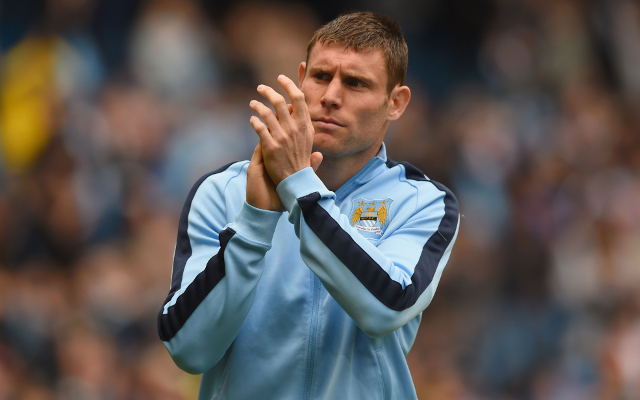 Manchester City midfielder James Milner will become a free agent when his contract at the Etihad expires next month, and manager Manuel Pellegrini insists that the England international is free to make his own decision on his future.

Milner was visibly emotional when substituted in the Citizen’s final game of the season against Southampton on Sunday afternoon, which has fuelled speculation that the clash was his final appearance for the Sky Blues.

Arsenal and Liverpool have both been linked with making an offer for his signature in the summer transfer window, but the 29-year-old is yet to make a decision on where he will be playing next season.

With the campaign having finished, City manager Manuel Pellegrini said in his post-match comments that the club won’t be bullying Milner into staying at the Etihad, leaving him free to join rivals Arsenal or Liverpool.

“James Milner will make a decision at the end of the season,” as quoted by the Express.

“He must decide his future and what is best for him.”