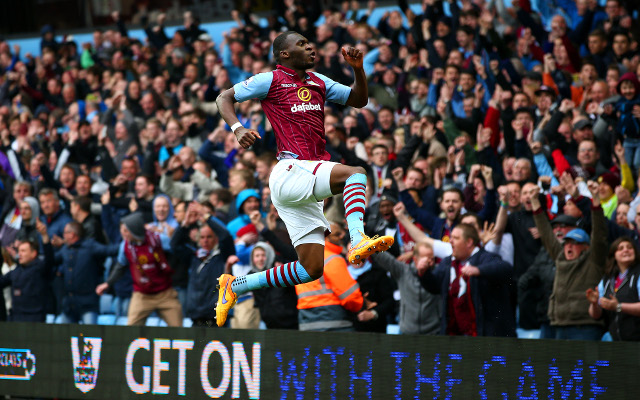 The Express cite reports that Liverpool boss Brendan Rodgers is keen on signing the Villa striker at the end of the season; believing he could be the man to replace Mario Balotelli.

Chelsea, however, are also reportedly interested, while Villa boss Tim Sherwood believes the player’s heart is set on staying in Birmingham.

After struggling to return to goalscoring form following achilles surgery which ruled him out of the 2014 World Cup, Benteke has been in fine form under new boss Tim Sherwood.

The Belgium international’s confidence in front of goal seems to have returned – scoring eight goals in his last nine appearances – and he has been key in helping the club secure Premier League safety and a spot in the FA Cup final.

Nonetheless, while Benteke scored a superb 19 goals in his first season at Villa Park, he has failed to maintain his prolific form, which could lead Reds supporters to question, if reports prove correct, why Brendan Rodgers is willing to gamble £30m on an inconsistent striker.