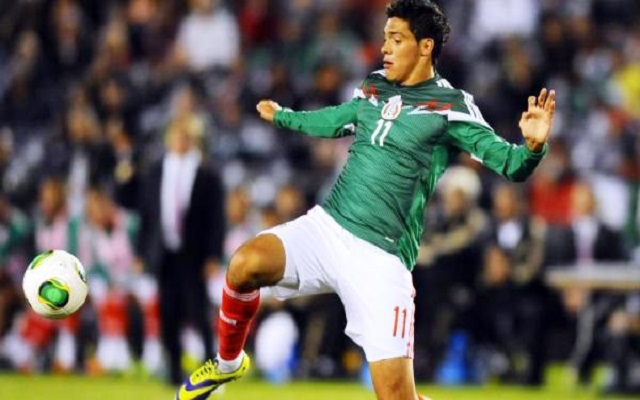 Raul Jimenez will not be allowed to leave Atletico Madrid this summer according to his manager, Diego Simeone.

Record in Mexico have reported that despite struggling for game time, the former Club America player still has a role to play.

24 year old Jimenez scored 36 goals in 96 games for Club America since making his debut in 2011, before joining Atletico Madrid in a £11 million deal last summer.

It was widely thought he might seek a move away from the Spanish capital, but Mexico boss Miguel Herrera recently met Diego Simeone on his tour around European clubs and confirmed to the Mexican media that the Argentine wanted to keep him in Spain.

Jimenez shot to fame when he scored an incredible overhead kick for Mexico in the World Cup qualifiers, a goal which was vital in securing their place in Brazil.