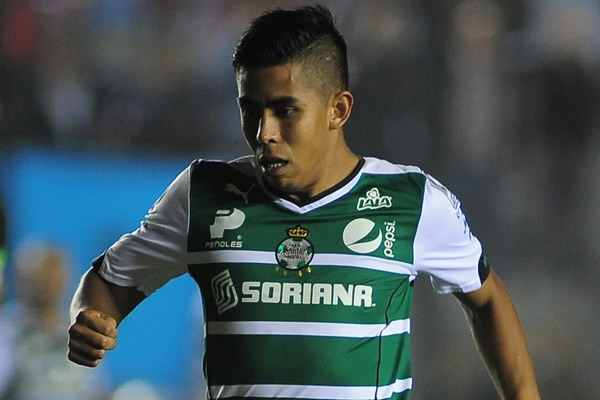 After supplying the assists for the first two goals, Nestor Calderon has now got his name on the scoresheet.

The goal was easily the best of the game, and probably won’t be bettered anywhere in the world this weekend.

Djaniny supplied the assist, returning the favour from his goal earlier on in the tie. Calderon took one look at the goal, saw Luis Michel off his line, and floated a perfect lob over his head and into the net.

Calderon has played for Santos for two years, joining them in 2013 from Pachuca. Ironically, he could end up playing against Pachuca in the final if they hold on to their 2-0 first leg advantage over Queretaro.