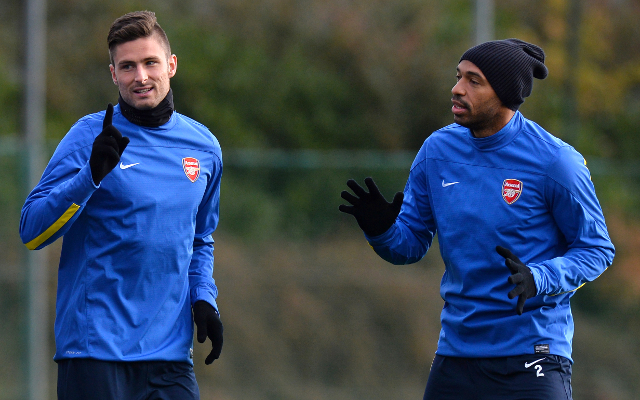 The Sky Sports pundit appeared to criticise his compatriot following the goalless draw against Chelsea at the Emirates Stadium last month, in which he implied that his former club will not win the Premier League with Giroud as the first choice striker.

Giroud seemed to take offence to those comments and responded last week in the French publication L’Equipe (via Mirror Online) and described Henry’s criticism as ‘dull’.

But speaking on Sky Sports’ league review show on Bank Holiday Monday, Henry tried to defuse the situation by saying that Giroud needs help up-front and that Arsenal need competition in attack if they are to challenge for the league:

“I said what I said [about Giroud] and people took it a bit the wrong way.” he said. (via Mirror Online)

“I think Arsenal need another striker – that’s what I said the other day – that has other characteristics than Giroud.” Henry added.

Despite missing three months of the campaign, the 28-year-old has still managed to score 14 goals in the league but has failed to find the back of net since the 4-1 victory over Liverpool at the start of last month.

It would appear that manager Arsene Wenger is going to add a striker to the squad in the summer after reports in the Daily Star suggesting terms have been agreed with Porto forward Jackson Martinez.