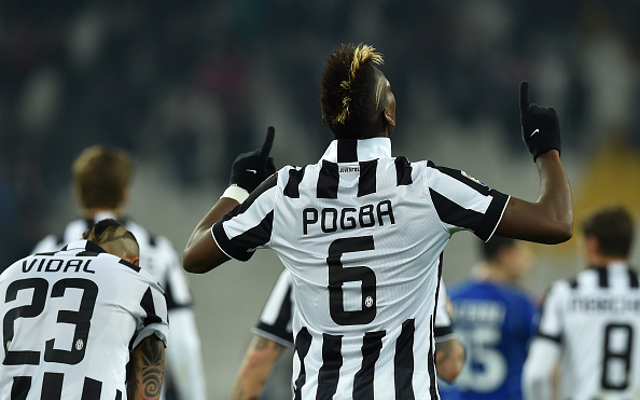 Paul Pogba looks likely to disappoint his many rumoured transfer suitors by indicating that he is looking to remain at Juventus for at least another year.

The France international had looked set to be one of the key protagonists of the summer transfer market, with the likes of Chelsea, Manchester United and Real Madrid all believed to be keen on acquiring the powerhouse.

Barcelona, who are banned from registering new players until 2016, have made public their admiration for the midfield star, while Paris Saint-Germain have also made no secret of their desire to buy the 22-year-old.

However, according to La Gazzetta dello Sport, Pogba has indicated that he is keen to remain in Turin for at least one more season.

The former United star recently won his third Serie A title, while he will likely be a key figure for Juve as they contest the Champions League final against Barcelona in Berlin on June 6.

“The French phenomenon has assured Juventus his total availability to stay for at least one more season despite the big offers for him that have already arrived on the desk of Beppe Marotta,” read the report in the Italian source.

Pogba has featured 25 times for the Old Lady in Serie A so far this term, scoring eight goals and contributing two assists.