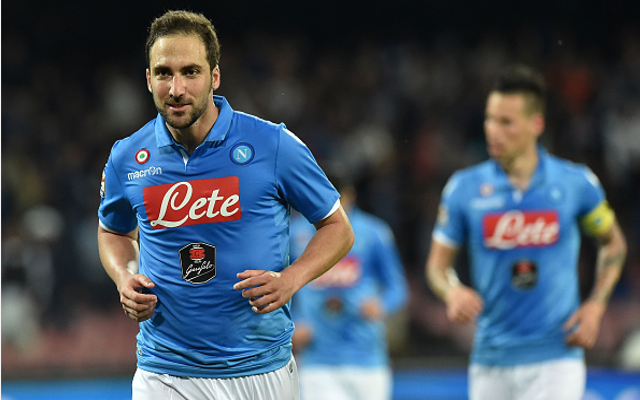 Old Trafford side ‘in the clear’ to sign Napoli ace.

Man United are reportedly closing in on a deal to sign Napoli forward Gonzalo Higuain according to the Metro.

The Serie A side are ready to sell the Argentine having seen their push to secure a Champions League berth all but ended.

The Naples side will demand £42m for the former Real Madrid man, who has netted 50 goals in 96 appearances for the Italian side, and Louis van Gaal is keen to recruit a fresh centre-forward this summer.

Loaned in Colombian Radamel Falcao has been sent back to AS Monaco and veteran Dutchman Robin van Persie’s future at Old Trafford is very much uncertain and one can well see why van Gaal would target Higuain.

Prior to his move to Napoli Higuain has retained a prolific strike-rate at the Bernabeu despite struggling for regular firs team action, racking up 107 goals in 190 La Liga appearances.