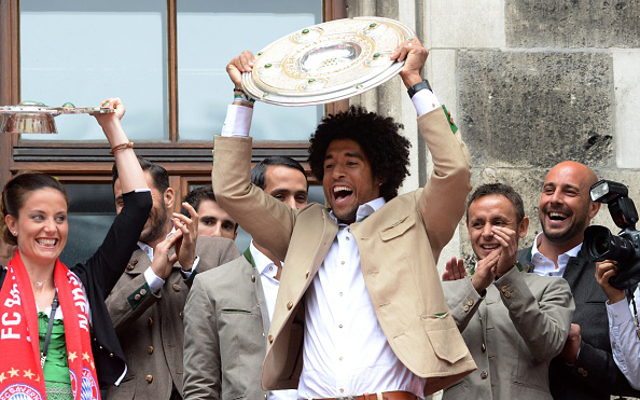 Man United are reportedly lining up a summer bid for experienced Bayern Munich centre-back Dante according to the Metro.

The 31 year old has been a regular in the Allianz Arena starting eleven over the past three seasons, helping the Bavarian side to multiple honours, and is tied down to Bayern Munch until 2017 and as such may be a tough transfer nut for Louis van Gaal to crack.

Dante has racked up 130 appearances since leaving Borussia Monchengladbach for Bayern Munich and one can well see why van Gaal would target the Brazilian international, though clearly such a move wouldn’t be a long term route to pursue as the Man United manager looks to solidify his defence.

Frequently this season Man United have been indebted to keeper David De Gea for providing a very effective last line of defence with the likes of Jonny Evans, Phil Jones and Chris Smalling failing to provide consistent enough of a presence in the heart of the Old Trafford defence.