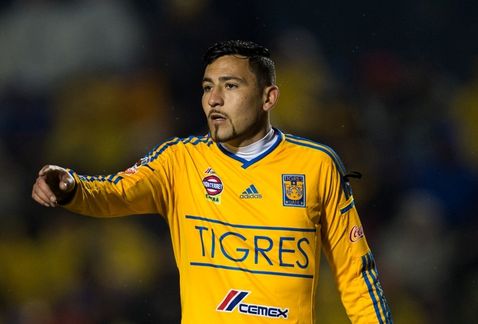 Tigres UANL’s Mexican striker Dario Carreno tested positive for banned substance clenbuterol after their game against Juan Aurich in the Copa Libertadores group stage, but news only broke ahead of last night quarter final second leg against Ecuadorian side Emelec.

Clenbuterol has a history of causing issues in Mexico – it is a drug given to cattle to fatten them up before being sold, but is also on the banned list of substances.

According to MedioTiempo, Alejandro Rodriguez, President of the club, has said they have spoken to the player and he has denied all wrong doing.

CONCACAF and CONMEBOL have not yet officially commented on the matter, but it is thought a B sample would be negative. He has not played since the first test.

Carreno only joined Tigres in January, but has struggled to make a serious impact at the club. Prior to moving to Tigres he played for Pachuca and Tigres’ biggest rivals Monterrey.