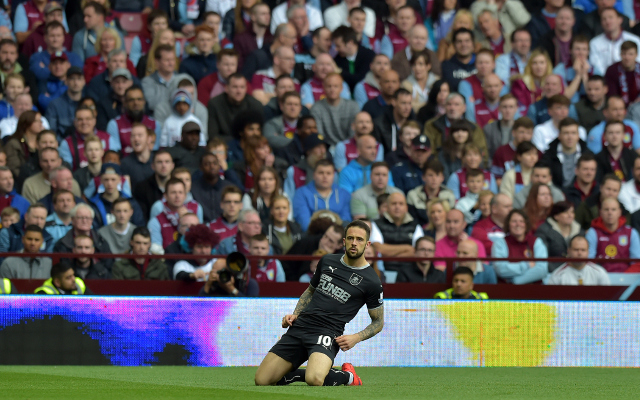 Tottenham Hotspur are rumoured to be preparing a late transfer offer for Burnley forward Danny Ings whose contract at Turf Moor expires on Monday.

The striker has been heavily linked with a switch to Anfield since January [Liverpool Echo], but with no deal with the Reds having been wrapped up, Spurs want to capitalise and entice the former Bournemouth forward to White Hart Lane [The Independent].

Despite being available on a free transfer on the 1 June, a compensation fee would need to be paid given the player is under the age of 24 [via The Guardian].

His goal against Manchester United in early February excited Premier League fans sufficiently to believe that he could be worthy of a switch to a more elite side in England’s top flight, and perhaps a future in Roy Hodgson’s senior Three Lions squad.

However, Ings didn’t score again following his strike against the Red Devils on 11 February until 9 May away to Hull City. While having produced moments of quality and being a free agent, the England Under-21 international’s performances have been far from outstanding or consistent – and with just 11 goals – he hasn’t been prolific in front of goal, either. Compare this to the 18 goals scored by Queens Park Rangers striker Charlie Austin.

In spite of the 23-year-old having bags of potential, therefore, his unreliable form this season in no way suggests that he is a player of top four quality – certainly not yet. With Liverpool in desperate need of a striker that can deliver 20+ goals a season as they aim to return to the Champions League, perhaps it would be a blessing in disguise if Brendan Rodgers does miss out on the Burnley forward and can turn his attention elsewhere.