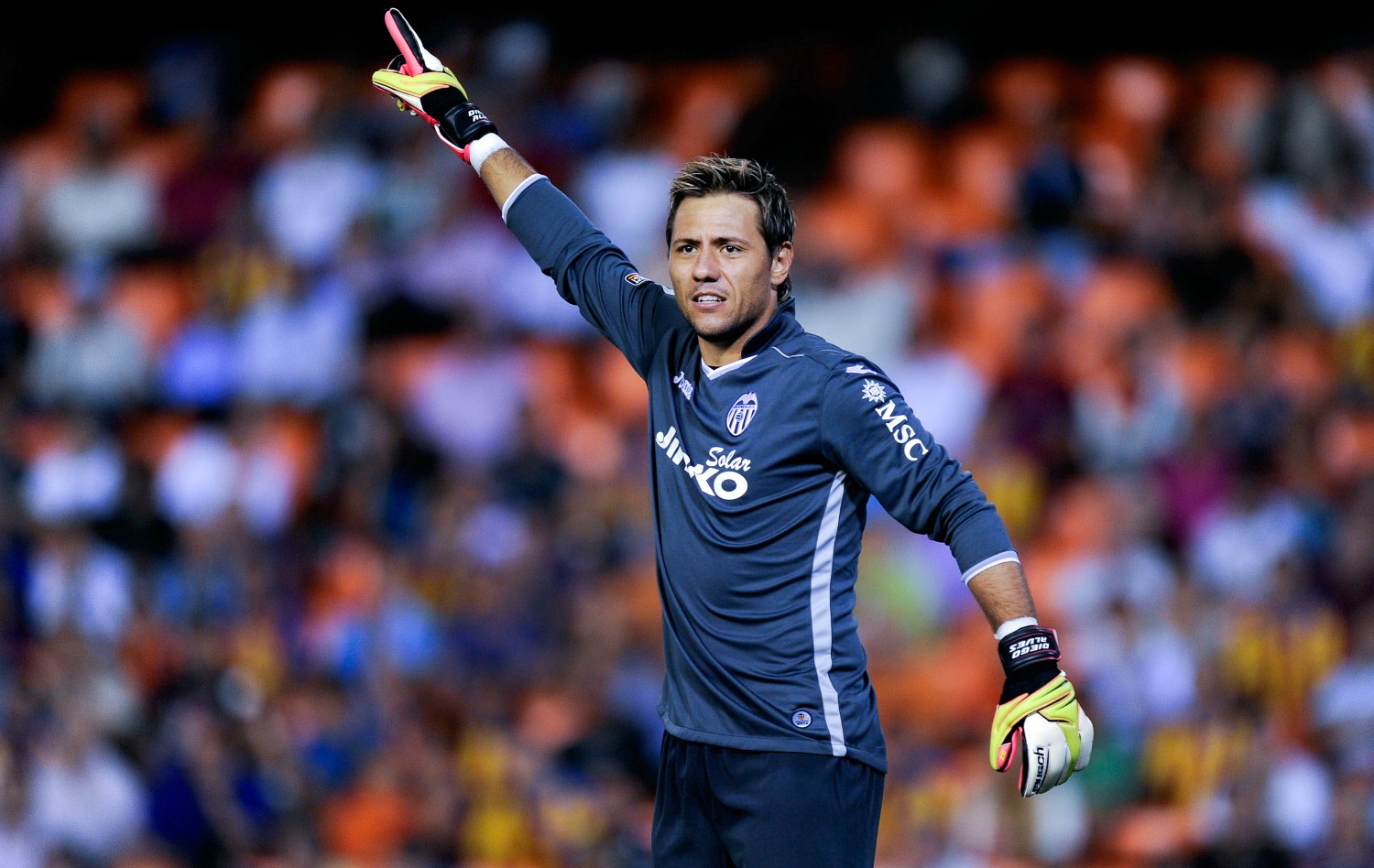 Valencia keeper Diego Alves has been ruled out of this summer’s Copa America, according to Sambafoot.

The keeper has reportedly been speaking about his disappointment after rupturing his knee ligaments in Valencia’s 3-2 win over Almeria at the weekend.

It will be a massive blow for both Alves personally and Brazil – the side he was due to represent.

He has played more than 100 games for Valencia since joining them from Almería in 2011. He started his career with Atletico Mineiro in Brazil in 2004.

He made his Brazil debut in 2011, but has struggled to hold a regular place in the squad, making just eight appearances.

In July 2014 Alves signed a new five year deal with Valencia, keeping him at the club until 2019 – but it was not enough to earn him a place in the World Cup squad.

The 29 year old is a penalty saving specialist, but his injury has ruled out any Van Gaal-esque escapades in this summer’s competition.