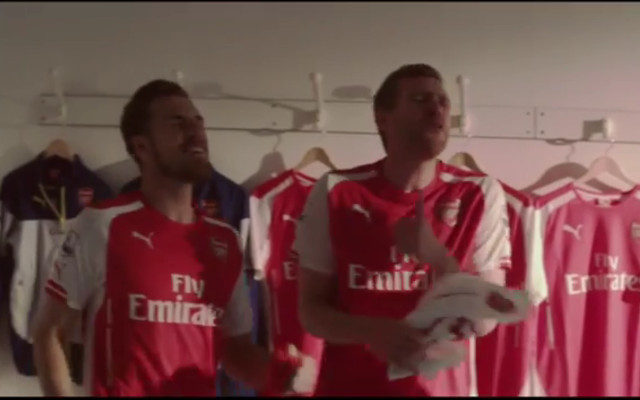 Arsenal stars Aaron Ramsey, Per Mertesacker, and Laurent Koscielny have taken part in a ridiculous music video ahead of the FA Cup final against Aston Villa.

The trio have made the video with sponsors Citroen to create the ‘return of the fan’ song, celebrating the supporters returning home after a long season. While the song is mediocre at best, at least the footballers put all their effort in to their dancing. Mertesacker especially seems to be enjoying himself in the video.

No wonder they’re so happy, as the Gunners have just signed off the Premier League campaign in style. They beat West Brom 4-1 on Sunday thanks to a hat-trick from Theo Walcott, and a brilliant strike from Jack Wilshere. However, they still have what is the biggest game of their campaign to come in the FA Cup final.