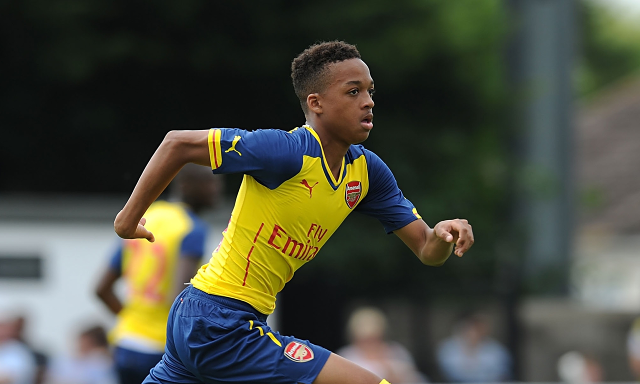 Barcelona are being linked with a surprise move to raid Arsenal’s academy for one of its brighest prospects when their transfer ban ends in January.

The Catalan giants are supposedly looking at the Gunners’ 17-year-old striker Christopher Willock as they continue their policy of recruiting the world’s best young talent.

Although the teenage forward is seemingly not at all close to a call-up to Arsene Wenger’s first-team, he has made enough of an impression to get Barca looking at him ahead of the winter.

Arsenal and Barcelona have something of a history in the transfer market in recent times, with the La Liga giants often making big-money moves for some of the best stars at the Emirates Stadium, including Thierry Henry, Cesc Fabregas and Alex Song.

Arsenal also like to raid Barcelona’s youth team, signing Fabregas at a young age, while Hector Bellerin has also become a regular in Wenger’s side after the same move.

Alexis Sanchez also moved between the two clubs last summer, and according to the Daily Star, Willock could be next in this surprise transfer.