Manchester United star David De Gea has been seen strolling around the streets of Madrid amid rumours that he is going to join Real Madrid, reports Daily Star.

The goalkeeper has been in amazing form for the Red Devils over the last season, but with his contract ending in just over a year they be unable to keep him at Old Trafford for much longer. This has led to rumours that the ex-Atletico Madrid man may join his former club’s local rivals Real as a replacement for Bernabeu legend Iker Casillas.

The 24-year-old has played 44 times for them during the campaign and has helped United to qualify for the Champions League despite some lacklustre performances. Losing the Spain international would be a major blow for manager Louis van Gaal, who will be attempting to build a team capable of challenging for the Premier League title next time round.

Seeing the ‘keeper pictured in the Spanish capital will be a blow for the Old Trafford faithful, who still have hope he will stay in England. Could these images of him with girlfriend Edurne be a sign he is going to sign for Los Blancos? 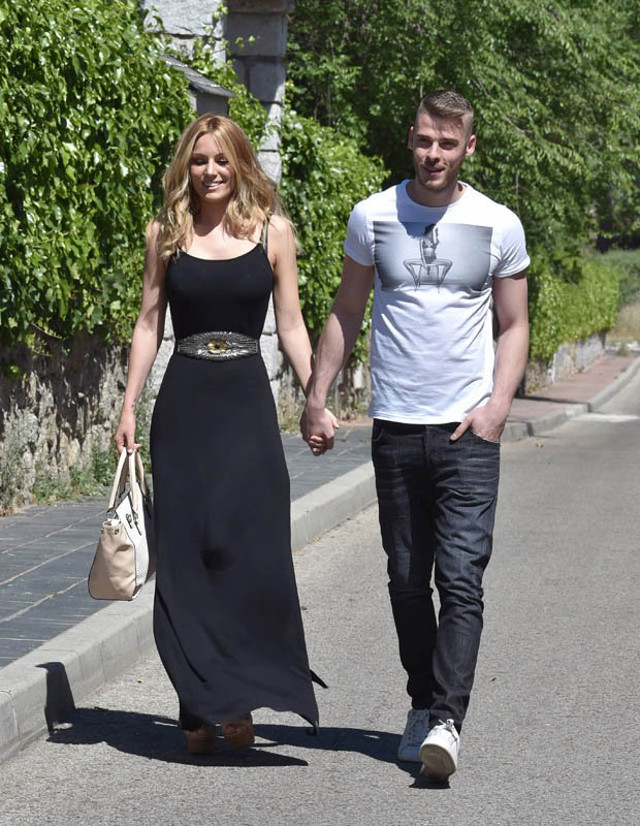