Arsenal defender and vice-captain Per Mertesacker says the club suffered from having three World Cup winners in the squad at the start of the season.

The 30-year-old along with Mesut Ozil and Lukas Podolski were apart of the Germany squad that lifted the trophy last July after a extra-time win over Argentina in Brazil. 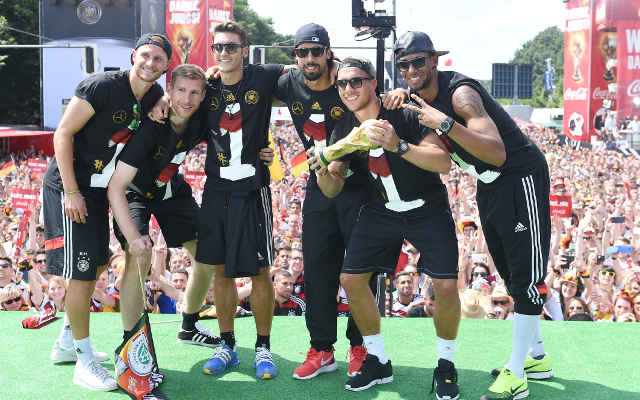 The trio were then thrust into action without playing any part of pre-season and that affected the North London outfit at the start of the campaign as they won just twice in their first eight league games.

That form gave the side little chance of catching champions Chelsea in the title race and Mertesacker admits it took the German trio a while to refocus on their club football:

“The first months, in particular, were quite difficult to come back and to come down and to forget that, forget that feeling of being World Cup champion.” He said (via Mirror Sport).

“That’s what you need to have, you need to forget about that, to come down a bit, to calm down and to restart. That took nearly half a year to realise that.” The defender added.

Mertesacker and Ozil have found their best form since the turn of the year in helping the Gunners secure a top-three finish in the Premier League and another FA Cup final appearance.

However, Podolski’s future at the Emirates is unclear after spending the second half of the season on loan at Inter Milan. There has been speculation in Metro Sport that he is close to joining Galatasaray when the transfer window opens in July.