Barcelona vice-captain Andres Iniesta says the current strike force at the club is the best he’s ever played with and went as far to suggest it’s the best forward line in the club’s history. 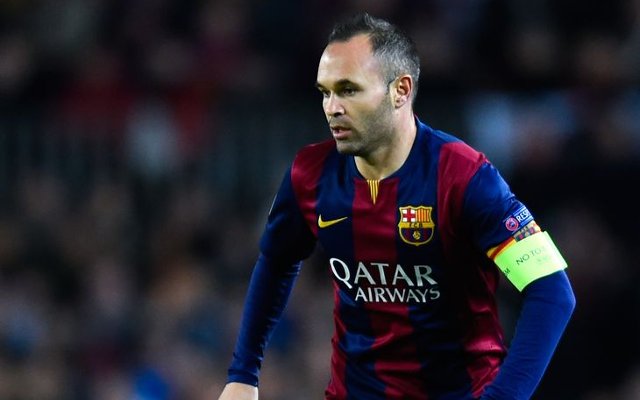 The attacking trio of Lionel Messi, Luis Suarez and Neymar has sent shock-waves throughout the rest of Europe after scoring over 100 goals between them in their first season together.

What is more intriguing is the trio have amassed that number of goals despite Suarez missing the first two months of the campaign because he was serving a suspension following his bite on Italy defender Giorgio Chiellini at last summer’s World Cup.

And Iniesta, who has played behind the likes of Ronaldinho, Samuel Eto’o and Thierry Henry, has heaped praise on the current front three at the Camp Nou:

“I’ve been lucky to play behind some of the greatest strikers at this club and in the world,” the midfielder told reporters [via Goal.com].

“So, I think at this current moment we have the best strikers in world. I think the future can only get better because they’re relatively young with plenty of potential.

The Spaniard will be hoping one of the three can get on the scoresheet at the weekend as the La Liga champions seek to complete the second part of a potential treble with victory over Athletic Bilbao in the Copa Del Rey final.