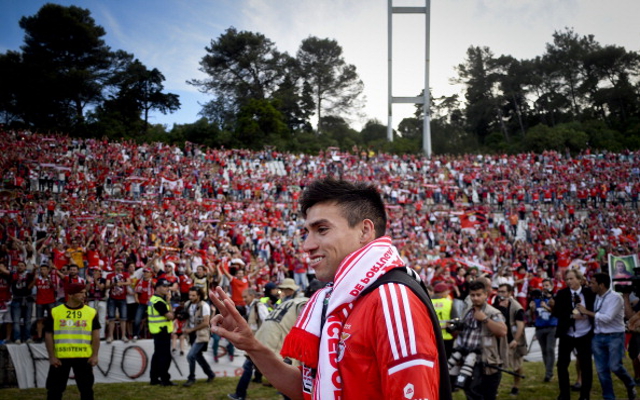 Manchester United’s plans of signing Nicolas Gaitan have been dealt a blow with the news that fierce rivals Liverpool are plotting a move of their own for the Benfica winger.

Portuguese source A Bola [via Inside Futbol] reported earlier in the week that the 27-year-old’s move to Old Trafford was ’80 percent to 90 percent complete’, but United’s acquisition of the player is now looking less likely following revelations from Anfield.

According to the Express, Liverpool are now looking to prompt a bidding war for the Argentine international.

The Mirror [via the Express], believe that the Red Devils have been tracking the wideman for sometime, with van Gaal envisaging Gaitan to be a key component for the north-west giants next season.

The pressure will be on Brendan Rodgers to enjoy a successful transfer window ahead of the 2015-16 campaign, following the failures of many of his recruits to date.

The likes of Mario Balotelli and Rickie Lambert have, thus far, failed to effectively replace the departed Luis Suarez and the injury-prone Daniel Sturridge.

Similarly, Rodgers will have to compensate for the loss of Steven Gerrard, who has played his last game for the club, while Raheem Sterling has also been linked to the exit door [via the Daily Star] following the recent high-profile contract stand-off between himself and the club [via The Guardian].

Gaitan, who scored four goals in 27 league appearances for Benfica this term, is being targeted for his ability to contribute to a Liverpool forward line that had appeared impotent during the recent campaign.

Beyond Gaitan, Liverpool have been linked to the likes of Danny Ings, James Milner and Nathaniel Clyne this summer [all via the Express].