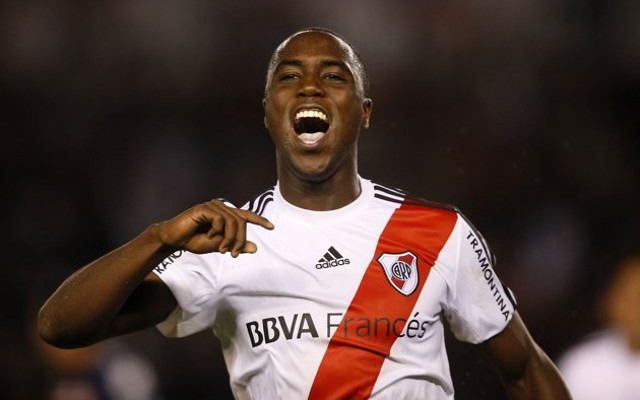 The result was a humiliation for the back to back Brazilian champions in front of their own fans. They were widely considered to be one of the favourites for the competition.

River Plate have been in awful form recently, this was just their fourth win in fifteen games in all competitions.

The goals came from Carlos Sanchez in the 20th minute, from Jon Maidana in the 45th minute, and from Teo Gutierrez in the 52nd minute.

Cruzeiro ended with ten men on the pitch after Gaby Xavier was shown a late red card.

It means we could see an all-Argentina semi final, with Racing Club playing Paraguay’s Guarani on Thursday night. Racing trail 1-0 from the first leg.

Tigres from Mexico play Internacional from Brazil in the other semi.