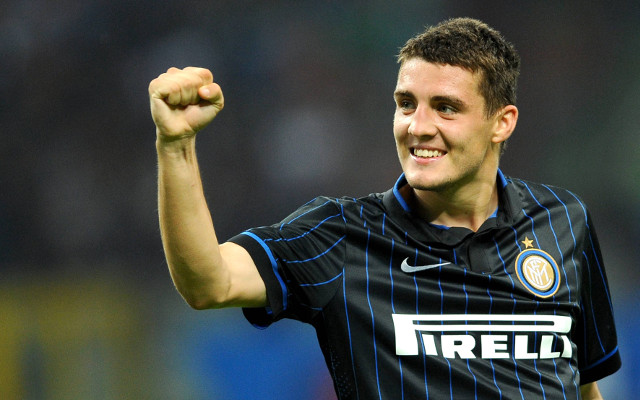 Liverpool officials have jetted to Italy to hold talks over what may prove to be their first signing of the summer as they pursue the signature of Inter Milan starlet Mateo Kovacic.

The Croatian international is widely regarded as one of the top talents in Serie A at the moment, having caught the eye as an essential member of the Inter first-team in recent times.

Liverpool are known to be on the hunt for a new signing in the middle of the park this summer, with Steven Gerrard set to be a big loss for the club as he prepares to join MLS giants LA Galaxy.

Although Kovacic may not be a ready-made replacement for the legendary club captain, the 21-year-old looks a bright prospect for the future and one who could make an impact at Anfield if he is brought in by manager Brendan Rodgers.

Italian source Calcio Mercato claims talks are already underway over a deal for the Reds to sign Kovacic.