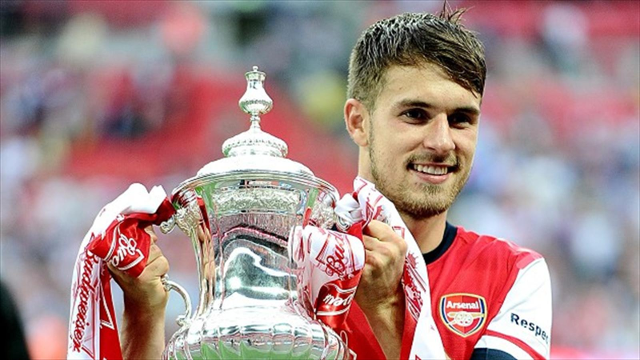 All eyes will be on Arsenal vs Aston Villa in this afternoon’s FA Cup final clash at Wembley, with Tim Sherwood hoping to write his side’s name into this competition’s folklore with a big upset against the current holders.

Still, are these famous FA Cup final upsets really as big a thing as broadcasters wishing to promote and hype up the competition would have you think? A quick glance at the results of this competition’s finals for the last twenty years certainly paints a very different picture.

While many feel this famous old trophy provides a chance to get away from the more commercial Premier League, which is so dominated by an unmoveable big four or five every season, it actually looks increasingly like dominance in the league has led to the same teams doing well in the cup. Perhaps that shouldn’t be as surprising as it sounds, with the best teams always likely to be the ones challenging for honours.

Still, given the romanticism surrounding the FA Cup, it is surprising quite how much the traditional big boys of English football in the last couple of decades – Manchester United, Liverpool, Arsenal and Chelsea – also have a stronghold over this competition, with at least one of those teams appearing in 17 of the last 20 finals, and two of them facing off in six finals in the same period. In that time, Arsenal and Manchester United have finished outside the top four in the Premier League just three times between them. Liverpool and Chelsea have been slightly more up and down in terms of top four finishes, but only slightly.

The likes of Everton, Stoke City, Middlesbrough, Aston Villa and Newcastle United have all had their stab at upsetting the odds and winning the final, but all have come undone at the expense of these usual big names. In the last twenty years, only four teams outside this traditional big four have lifted the trophy – one of those was Manchester City in 2011, and one was Portsmouth in 2008, though they were up against Championship side Cardiff City that year. Only Everton’s 1-0 win over Manchester United in 1995 and Wigan’s 1-0 over Manchester City in 2013 can count as genuine upsets.

That doesn’t mean we won’t still be in for a classic this afternoon, of course. Hull City showed last season that Arsenal can be tested, even if they ultimately lost from 2-0 up, while West Ham United also made Liverpool produce a thrilling comeback in that 3-3 final in 2006. In fact, only two of the last fifteen finals have seen the winners win by more than a one-goal margin, suggesting the smaller sides are always capable of giving the big boys at least a bit of a scare.

Still, that may be all that is in store for Villa today – another team of nearly-men and glorious losers. Or can Tim Sherwood motivate his underdogs to a memorable result that bucks this recent trend and restore some magic to the FA Cup?