With Rio Ferdinand officially announcing his retirement from football, here’s a look back at the great career of the former England defender, who won it all in a glittering spell with Manchester United in particular… 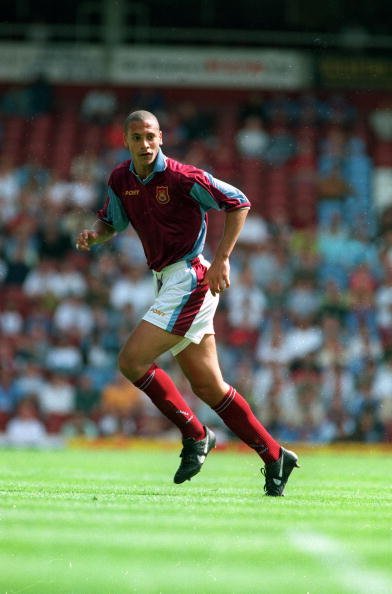 Rio Ferdinand made his debut for West Ham United all the way back in 1996. Since no pictures could be traced from that game, here’s a shot of him playing for the Hammers as he became more and more of a regular for the club in 1997.