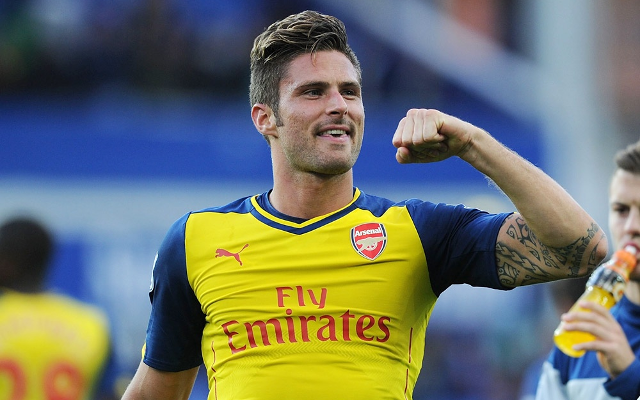 Arsenal star Olivier Giroud has scored to put them 4-0 up against FA Cup final opponents Aston Villa in the dying minutes.

The Gunners have controlled the match from start to finish, regularly scoring against a porous Villa defence. Theo Walcott, Alexis Sanchez, and Per Mertesacker all scored earlier in the encounter to leave their opponents without a chance of getting in to the game.

The strike was another example of poor defending from the Villains, who had earlier left Mertesacker completely unmarked from a corner before he scored. This time the Gunners left Giroud by himself in the penalty area and he duly put the ball in the back of the net.

This will be a major disappointment for the Midlands side, who were attempting to win their first trophy of the Premier League era. Manager Tim Sherwood will now have to turn his attention to holding on to star player Christian Benteke.