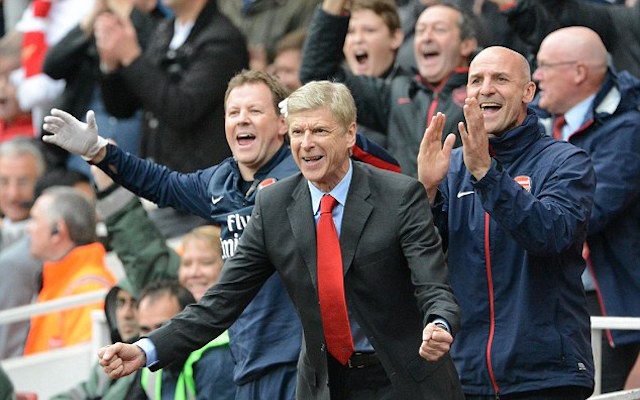 Arsenal star Per Mertesacker has scored Arsenal’s third goal against Aston Villa as they continue to dominate the FA Cup final.

The Villains have been second best throughout the encounter, and this goal sums up their dire performance. The German netted from a corner while completely unmarked, Christian Benteke the player leaving his man. Manager Tim Sherwood will surely be unhappy at his striker’s defending, which has well and truly put the game beyond his team.

The Gunners will be happy though, with Theo Walcott and Alexis Sanchez both scoring earlier to put them in control of the Wembley showpiece. The former scored a thumping volley while the latter netted a brilliant long range strike that gave goalkeeper Shay Given no chance.

There is surely no way back for the Midlands side now, and the real question is how many the North London team can get before the 90 minutes are up.

Arsenal team of the decade: Sanchez & RVP make it in despite controversial exits, no room for Ozil or Ramsey Dec 25 2019, 8:00
Arsenal FC