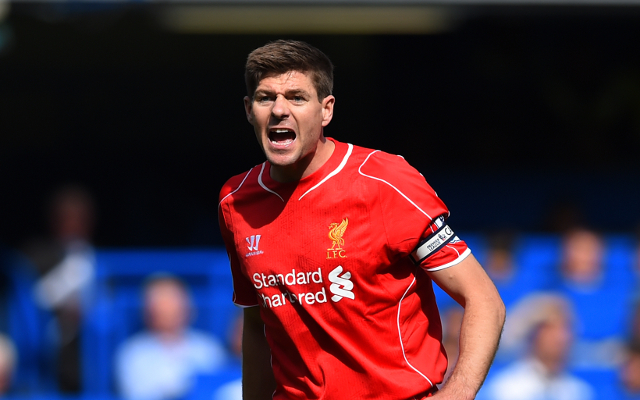 Liverpool striker Daniel Sturridge has admitted his concern that the club will lose something of a ‘fear factor’ when Steven Gerrard leaves for LA Galaxy this summer.

The former England international is set to call time on his career at Anfield, having previously spent every season with the Reds since becoming a professional and rising through their youth team.

Gerrard fell increasingly out of favour in his final season with Liverpool, but Sturridge still feels the 35-year-old had something to offer, and that the aura he brings about the club is one that will be very difficult for the Reds to ever replace.

“Not everyone has a fear factor but he’s got a fear factor and he’s still got it to this day because of all he’s achieved and what he still does now as well,” Sturridge is quoted as saying in the Daily Star.

Gerrard had been captain of the Merseyside giants since all the way back in 2003, and it is as yet unclear who will take the armband off him for the start of next season, with Brendan Rodgers certainly having a big job on his hands to choose his next skipper.