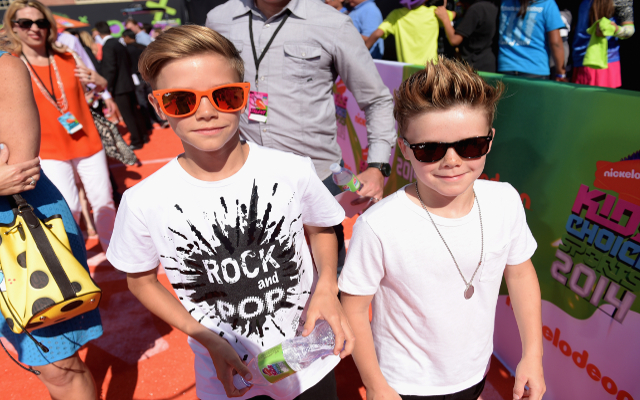 David Beckham and his family enjoyed their day out to Wembley on Saturday evening, Arsenal running out 4-0 winners over Aston Villa, and the former England legend posted the photo below to his Instagram feed.

See Romeo Beckham proudly wearing a goalkeeper shift with Wojciech Szczesny’s name emblazoned across the back.

The Pole played in the final but has seen his starting spot in Premier League action taken by Colombian David Ospina but no doubt the fan favourite will look to wrestle back the starting berth for the 2015/16 season.