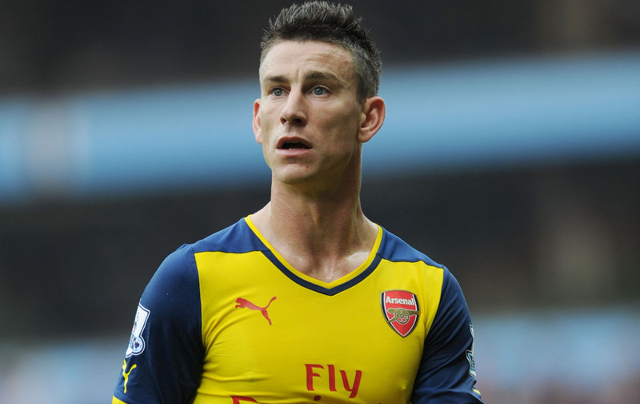 Rafael Benitez is believed to be keen on bringing Arsenal centre-back Laurent Koscielny to Real Madrid, according to the Daily Star.

The British tabloid report that the former Liverpool coach—who is expected to take over at Real Madrid after leaving his post at Napoli [via Sky Sports]—will arrive at the club with several ideas about who he wants to sign.

Manchester United goalkeeper David De Gea is rumoured to be heading to the Spanish giants this summer [via the Express], while Benitez could also be set to bring another Premier League star to the Bernabeu.

The Daily Star report that the Spanish coach is very interested in Arsenal’s French international centre-back Koscielny, but that Arsene Wenger would be extremely reticent to sell the player.

The stopper signed a new contract at the Emirates Stadium last summer [via Arsenal.com], and it is currently unclear whether he could be tempted by a move to Real.

Last summer, Wenger offloaded his former captain and Belgian international Thomas Vermaelen to Barcelona [via BBC Sport], reaffirming a hierarchy between the London giants and the Spanish heavyweights, and may find it hard to resist Real should they make a lucrative offer for the defender.

It remains to be seen whether the 10-time Champions League winners will also offer to throw Karim Benzema into any potential offer for Koscielny, with Arsenal having previously been linked with the French striker’s signature according to the Metro.