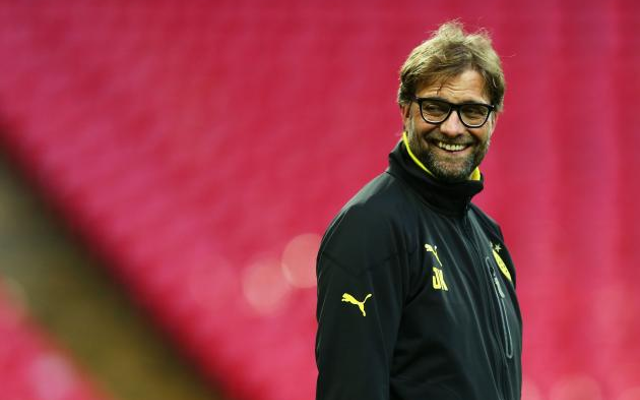 With rumours today that Liverpool star Raheem Sterling would consider staying at the club if they part company with manager Brendan Rodgers this summer and replace him with Jurgen Klopp, here’s a look at why that would be a bad idea for all involved.

Of course Liverpool will, like many other top clubs this summer, be tempted by approaching the German tactician after he took charge of his final game with Borussia Dortmund yesterday, a 3-1 defeat to Wolfsburg in the German cup final to cap a disappointing season at the Westfalenstadion, but there are signs in recent years that he might not be all he’s cracked up to be.

It’s certainly worth remembering that Liverpool themselves have a fine young manager in Rodgers, who has only added the pressure on himself by getting the team performing so well last season as they came as close as ever to finally winning the Premier League title, scoring over 100 goals in a sensational season of big wins and free-flowing attacking football.

Sterling was a big part of that side that should have lifted the trophy, benefitting greatly from Rodgers’ philosophy of giving youth a chance, and equally from the Northen Irishman’s tactical nous, which saw him tinker his system to get the best out of the youngster in a variety of attacking roles.

Quite why the 20-year-old would not want to continue working with the former Swansea City boss is beyond almost everyone, as there is a lot of sympathy for the Reds after having to sell Luis Suarez to Barcelona last summer, even if some of the dealings in the transfer market do have to some under more scrutiny.

Still, there is a team growing at Anfield and there were glimpses in the second half of this season of that fine football again, with Sterling one of many outstanding young players shining under Rodgers’ guidance, along with Philippe Coutinho, Emre Can and Lazar Markovic. With development of an identity so important at a club, a change of manager now seems ridiculous, and there is a strong case that Rodgers deserves at least one more season to get things right.

Klopp has worked wonders with Dortmund, but he has been unable to cope with that growing pressure of delivering success. He may have more trophies to show for his efforts than Rodgers, but many of his flaws are the same – he has sold big players, he has signed awful replacements, and his teams aren’t solid enough at the back. If Liverpool really want an upgrade on their current manager, they can do better. One thing they certainly shouldn’t do is change the coach on the whim of a player who is clearly being badly advised and who owes much of his career success so far to the man currently in charge.