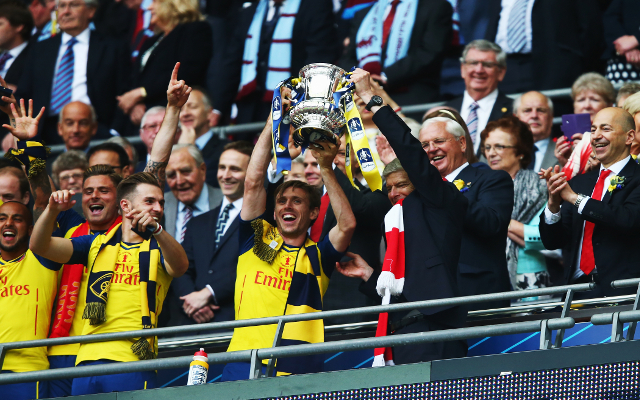 Nigel Winterburn has praised his former club’s stunning performance in the FA Cup final win over Aston Villa at the weekend and feels it was their best of the season.

SEE ALSO:
Jack Wilshere will be warned by Arsenal over his conduct at FA Cup parade
Arsenal to see bid accepted for signing of top Liverpool striker target
Vidal latest: Manchester United to swoop for signing of Arsenal midfield target

The Gunners dominated the showpiece occasion at Wembley on Saturday evening from start to finish and once they went in front five minutes before the break thanks to Theo Walcott’s goal, there was only ever going to be one winner.

A spectacular strike from Alexis Sanchez and Per Mertesacker’s header before the hour mark emphasised the gulf in quality between the two sides before Olivier Giroud added gloss to the scoreline with a neat finish in injury time.

It was a stark contrast to that of the performance against Hull City a year ago when Arsenal were 2-0 down after just eight minutes before staging a dramatic comeback to clinch the trophy after extra-time.

The North London outfit have now won the competition for a record 12 times and Winterburn, who was part of the 1998 cup final winning team, has heaped praise on the current squad for the way they dismantled Villa:

“It was an impressive performance against Villa – the best I’ve seen Arsenal play for a while, he told talkSPORT.

“I put this down as one of their best performances. When they needed to perform, they really did perform. Every player was eight out of ten or above.”

“They moved the ball so quickly and they won the ball back quickly. People say Aston Villa were poor, which they were, but Arsenal made them look poor. They overrun them in every department,” Winterburn added.