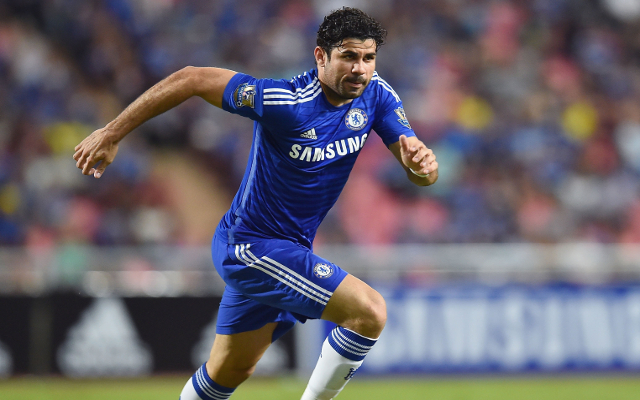 Chelsea forward Diego Costa is apparently keen on a move back to Spain after just one season at the Premier League title holder’s according to the Marca (Via Goal.com).

The Brazilian born Spanish international enjoyed a successful debut season in England, netting 20 goals in 26 Premier League appearances, and helping the West London side to a domestic title.

However Costa is said to be unhappy in England and wants to reunite with Atletico Madrid boss Diego Simeone, a situation Jose Mourinho must look to rectify.

Simeone was unable to retain the La Liga title in 2014/15 and would no doubt welcome back Costa with open arms but Chelsea are sure to dig in deep to prevent such a move occurring.

Mourinho was indebted to Costa as his chief goal-scorer with the likes of Loic Remy and Didier Drogba providing only moderate support to the powerful marksman.

Chelsea paid Atletico £32m for Costa and will look to persuade the attacker to remain at Stamford Bridge for the long term.

Three months after becoming a free agent, Diego Costa could be about to reveal his new club and it’s a real surprise Mar 26 2021, 7:32
Benfica