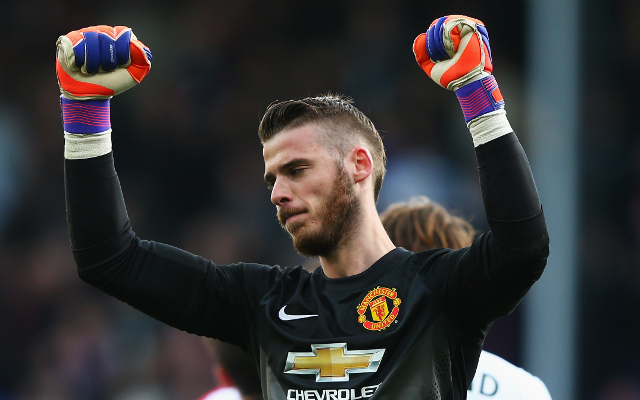 Man United keeper David De Gea is reportedly in the Spanish capital ahead of a long awaited move to join Real Madrid according to the Metro.

The 24 year old has been tipped to move to the Bernabeu and is currently in Madrid though there could be personal reasons, rather than with a view to sealing a move to Real Madrid, for his being there.

De Gea’s girlfriend is from the city and it’s the former Atletico Madrid star’s hometown though this hasn’t stopped Spanish source ABC insisting the Old Trafford custodian is looking to tie up his move to join the La Liga giants.

Louis van Gaal faces a mountain to climb to keep De Gea as the Spanish international has just over a year to run on his current contract and if he refuses to sign a new deal then Man United may face the need to sell the player before his value plummets.

Man United paid £18m for De Gea and though he initially struggled for form he has gone on to become one of the club’s most consistent performers over the past 18 months.