Real Madrid man is at it again….

Real Madrid star Cristiano Ronaldo is enjoying a break to Saint Tropez and took the opportunity to produce some wonderful dives off the back of a luxury yacht, as captured on the Daily Mirror. 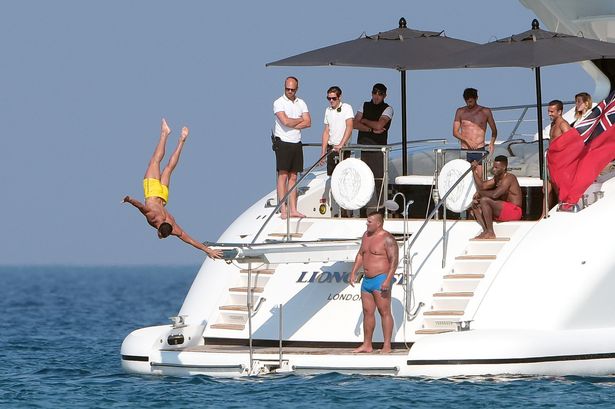 Whilst the 30 year old was relaxing in the sun his nemesis Lionel Messi was leading his side to a Copa del Rey triumph, having already secured a La Liga title, with a Champions League final on the horizon to boot….