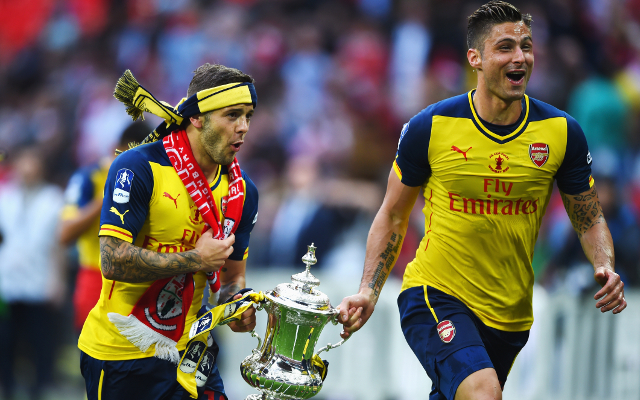 Arsenal are set to speak with Jack Wilshere over his future conduct following his display at the club’s FA Cup parade on Sunday morning, Sky Sports reports.

The England international led a expletive-laden chant about their North London rivals Tottenham as he and the rest of the Gunners squad celebrated winning the FA Cup for a record 12th time with an open-top bus parade through the streets of Islington.

It was not the first time Wilshere had made such comments about Spurs as he done the same a year ago after the club’s dramatic final victory over Hull City.

The parade was broadcast on Arsenal’s official website but they had to cut the live stream short at one point following yet another chant from the 23-year-old that contained more expletives and the studio presenter immediately offered his apologies over the incident.

Wilshere, who was warned by manager Arsene Wenger earlier in the year (via Telegraph Sport) for a smoking incident, will be hoping to make the headlines for all the right reasons next season.