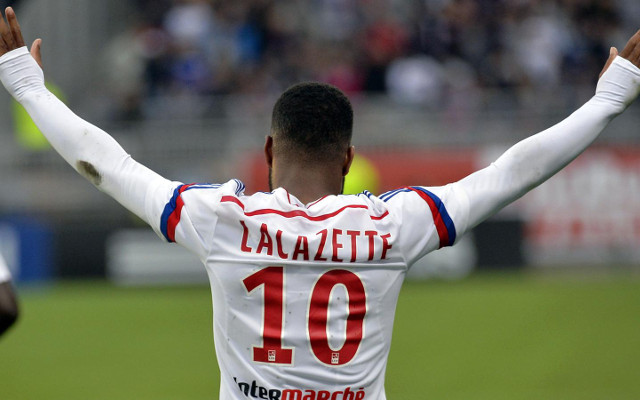 French news outlet Foot Mercato claimed that the Reds had made contact with Lyon over the star striker, as Brendan Rodgers aims to address his woeful attack force over the summer.

However, the reports have been quickly quashed by the club, with owner and chairman Jean-Michel Aulas quick to comment that Liverpool have neither the resources nor the interest necessary to acquire Lacazette’s signature.

The French businessman tweeted: “Your information is false. Liverpool have never called us and [remind me] what European cup [they are playing in next season] and they have neither the means [to sign the player] nor the interest”.

The 24-year-old has been in stunning form this season, scoring 27 Ligue 1 goals in 33 appearances for Hubert Fournier’s side, and he is rumoured to have attracted interest from England’s top flight.

Premier League duo Chelsea and Manchester United have been tipped to table an offer in the summer transfer window [via The Sun].

According to The Sun, Lacazette earns around £12,000 per-week at the Stade de Gerland, and there’s little doubt that this figure could be more than quadrupled by the two English giants.

However, earlier this month, Jean-Michel Aulas insisted that Les Gones would do everything to ensure that their in-demand striker remains with the club [via The Guardian], and his latest tweet suggests that their stance hasn’t been altered.