As football supporters prepare for the unveiling of the new football kits over the summer, images have been revealed of what is said to be the official Nike Manchester City home shirt for the 2015-16 campaign.

The old school collar has fallen out of favour in modern football, however Manuel Pellegrini’s men will line up at the Etihad Stadium with a shirt featuring a white collar to compliment the sky blue of the Citizens.

The 2015-16 Premier League campaign will kick off on Saturday 8 August [via Sky Sports], where Manchester City will be prepared to prize the trophy away from Stamford Bridge following an underachieving campaign, in which Jose Mourinho’s men clinched the title with relative ease.

Here’s the jersey that City will be wearing when they set out to return to the crown of England’s top flight, as revealed by Uruguayan shirt website Todos Sobre Camisetas: 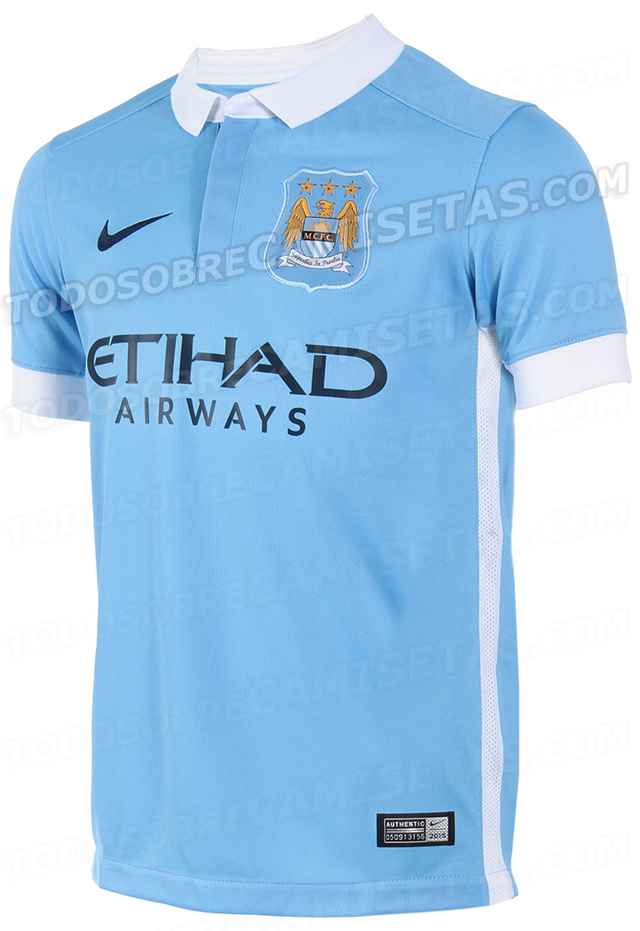