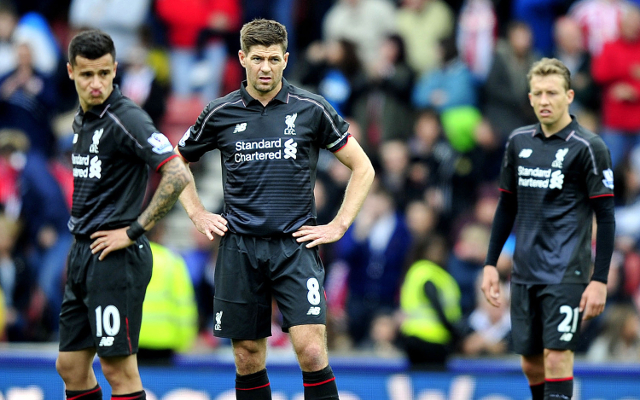 Liverpool legend Mark Lawrenson has launched a scathing attack at his former club for their poor end to the season.

SEE ALSO:
Huge boost for Liverpool as Manchester United pull out of race to sign England international
13 great players who won NOTHING this season, with Liverpool & Manchester United stars
Liverpool reignite interest in Championship star after missing out on Stoke City keeper Begovic

After just missing out on the Premier League title in the 2013/14 campaign to Manchester City, many expected the Reds to pose another genuine challenge this year after spending well over £100 million on transfers last summer-a reality admitted by Brendan Rogers himself, as reported by The Guardian.

Adam Lallana, Dejan Lovren and Mario Balotelli were just some of the names to have arrived on Merseyside to strengthen the squad following the departure of Luis Suarez to Barcelona.

Two victories from the opening three games was a promising early return, but their form soon dipped and despite a 13-game unbeaten run from Christmas time to late March, they failed to qualify for next season’s Champions League and were also denied a chance to claim silverware after two semi-final losses in the domestic competitions.

One win from the last six league games resulted in a sixth placed finish for Rodgers’s side, which was rounded off by a humiliating 6-1 defeat away at Stoke City on the final day of the season.

Lawrenson, who won five league titles with the club, admits he wasn’t impressed with how his former side ended the campaign:

In his column for the Liverpool Echo, he wrote: “We just limped out of the season. And the great worry for me remains the character of the team.

“We had three matches against awkward opponents in Hull City, Crystal Palace and Stoke.

“They aren’t the best teams in terms of quality. But they are strong. And we wimped out,” he concluded.