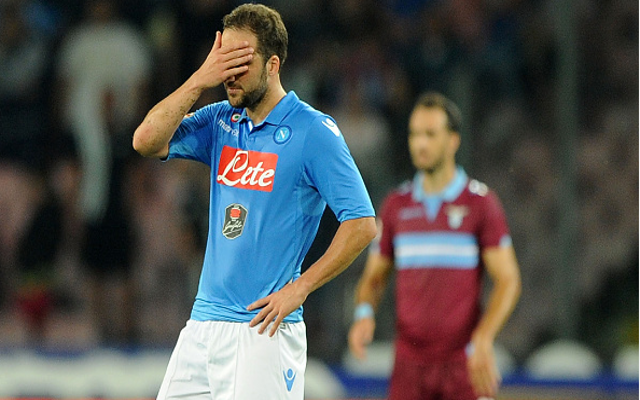 Emirates Stadium side look to bring in new star marksman.

Arsenal have reportedly opened talks with Napoli striker Gonzalo Higuain according to the Metro.

Though Olivier Giroud impressed in patches this season it appears that Arsene Wenger is keen to sign another centre forward and has set his sights on 27 year old Argentine Higuain.

The former Real Madrid man missed a spot-kick in Napoli’s crucial final weekend encounter with Lazio, which resulted in a defeat that ended the San Paolo side’s Champions League qualification hopes and this could well spell the end of his time at the Italian side.

Higuain bagged 107 goals in 190 La Liga appearances for Real Madrid before moving to Naples, where the lethal finisher has racked up 53 goals in two campaigns.

The exit of Rafa Benitez may well act as further motivation for a fresh challenge and the South American could well be tempted by a Premier League switch.