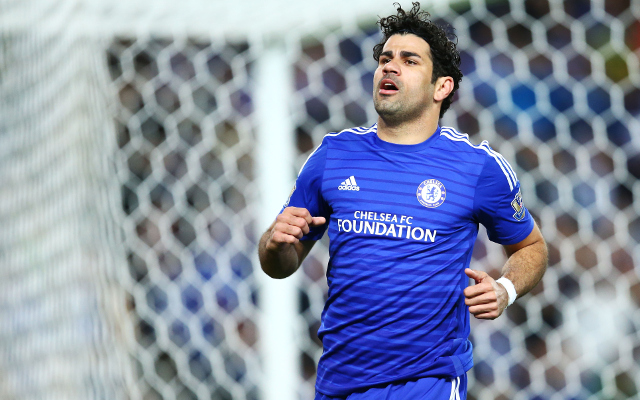 Staggering reports on Monday emerged claiming that Chelsea striker Diego Costa was unhappy in England and wanted to force through a return to Atletico Madrid in the summer.

The former Estadio Vincente Calderon forward was Jose Mourinho’s blockbuster £32m signing last July, and the Spain international proved to be worth every penny as his 20 goals helped fire the Blues to their first Premier League title in five seasons.

However, in reports cited by The Independent, Costa was said to be unsettled in London, as he is rumoured to be struggling with the bad weather, the food and the English language.

The claims were certainly unexpected given his superb start to life in England’s top flight. He scored on his Premier League debut versus Burnley and looked to show no signs of struggling to adapt to a new league, as he went to finish with a club highest tally of 20 goals.

Costa himself has since addressed the rumours, and insists that he is happy in Stamford Bridge. He told Chelsea TV after the Blues’ 1-0 win over Sydney FC in their post-season tour on Tuesday:

“(It is) quite a simple answer. It’s always a bit more difficult in the first season for adaptation, but I have no reason to leave this place, I love it, the fans love me and I want to stay,” as quoted by Sky Sports.

“It’s really good to come in the first season and win two things. It’s really important and next year I’ll be ready to come back and hopefully win a couple more trophies.”