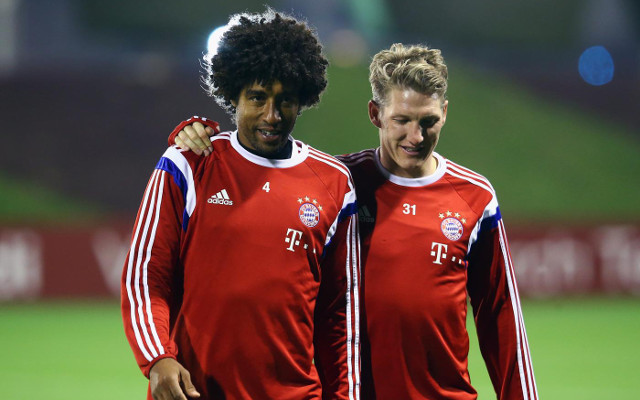 Manchester United have learned that Bayern Munich defender Dante Bonfim Costa Santos could be available for as little as £5m in the summer transfer window.

The Express report that Louis van Gaal is desperate to strengthen his questionable defence, and is targeting Dante if he fails in his attempts to prize Borussia Dortmund’s Mats Hummels and Valencia’s Nicolas Otamendi to Old Trafford. With the duo valued at a whopping £35m each, the Allianz Arena ace would be a much cheaper option.

According to the newspaper, the Red Devils manager has promised defensive signings in the coming months and Dante is a back-up plan if the club fails to land their top targets.

Despite being linked to the Theatre of Dreams throughout the campaign, Hummels has reportedly rejected a move to the Premier League giants with German newspaper Kicker insisting that he has chosen to stay at the Westfalenstadion.

It seems much more likely that Otamendi could be on his way to Manchester. The Argentine’s agent stated that his client wants to leave Valencia in the summer [via Sky Sports], but he will come at a steep price with his release-clause said to be €50m.